While working on a large campus for an international medical supplies company I applied Grasshopper/Rhino 3D schemes to quickly prototype topographical and planting design typologies. This gave the team an opportunity to visualize various concept options in real-time.

Using simple rules and native Grasshopper components, we created frameworks from which the profiles and sections of topographical berms could be shaped directly in 3D through a visual aid.

The team also explored Grasshopper functions to prototype different planting layouts. These parametric schemes were developed and presented in real-time to test out the feasibility of several design options. In particular, the planting for the graded berms called for a blended gradient between two different species. After the layout was finalized in Grasshopper it was converted to CAD for final sheet production. 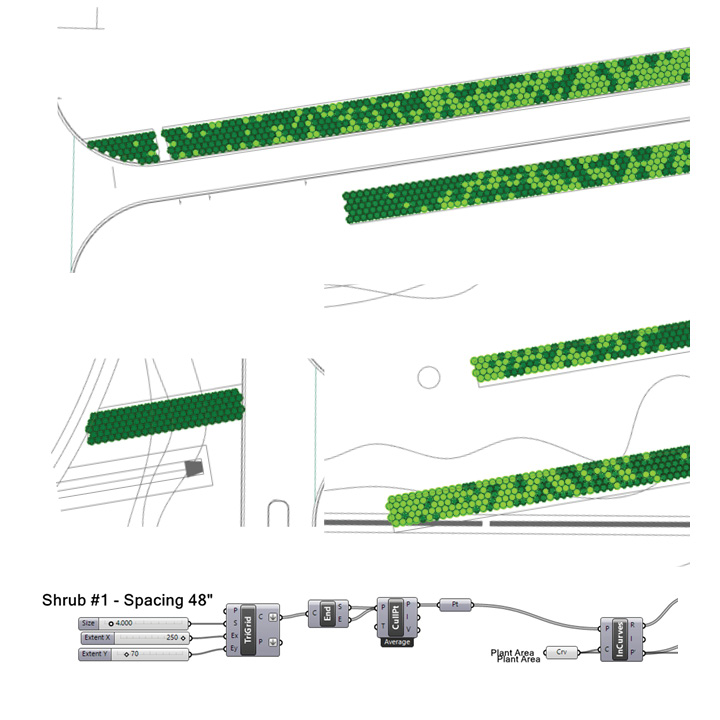 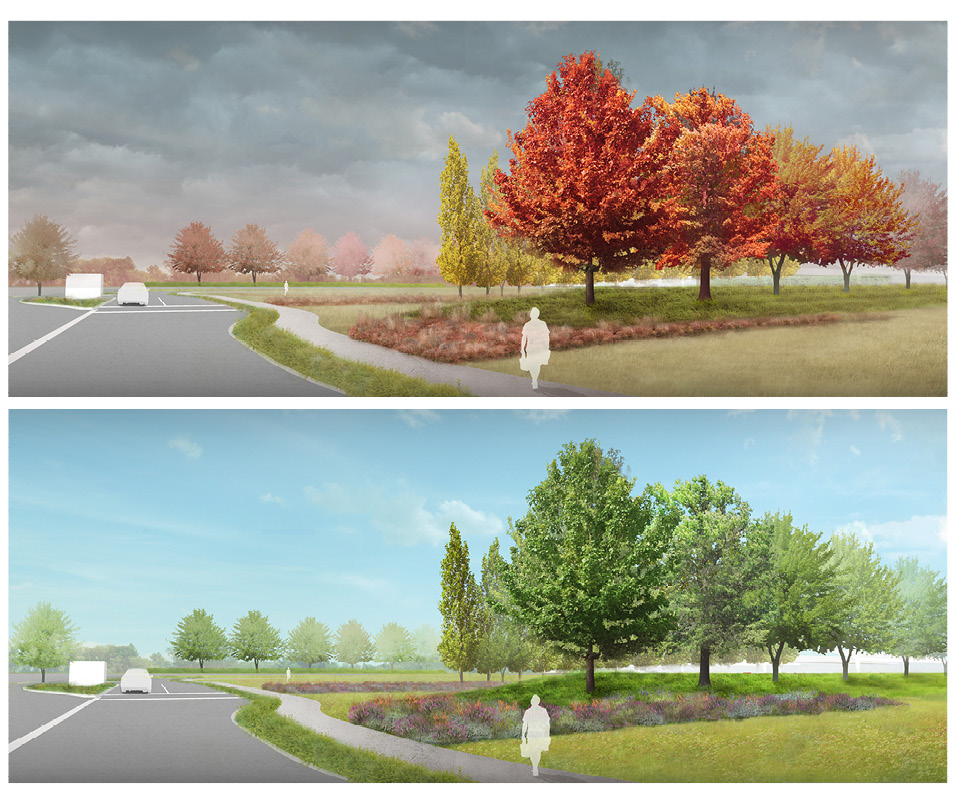